Showing posts from March, 2019
Show all

Everything Ham Radio talks about the SOTH!

Are you a radio amateur outside the US? We're looking for you. 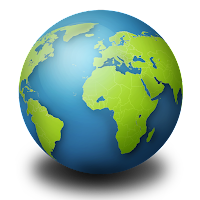 And by we're I mean me. Each year I attempt to make the State of the Hobby survey a bit more geocentric. While amateur radio is something that can be enjoyed around the global, some of the issues and topics are very regionally specific. The viewpoints and concerns of hams outside of the US are just as important, and can offer fantastic insights if properly collected. In an effort to increase the global nature of the questions solicited, I'd like to partner with a few hams from around the world for 2020. I'd like this to be a small panel of hams who have specific insights into both questions pertaining to their specific regions and into those questions on the general portion that may not be applicable. Specifically, I'm looking for representation from the following continents / regions / countries: Europe (e.g. UK, Western Europe, Eastern Europe) Oceania (e.g. Australia / NZ) South America Central America Russia Africa Japan China India Idea
2 comments
Read more

Patreon for the State of the Hobby

During the course of this survey and it's development, some people have mentioned launching a Patreon page as a way to support the initiative. While I administer the survey out of interest and as a service to those who read the results, I've decided to do just that. The survey is currently financially sustainable out of my pocket, however I'd like to grow this each year and with that comes some opportunity to invest in new platforms. To that end, while Google Survey is the right price (free), it's not without it's limitations. I've received feedback that some of the questions lack clear or functional responses, something due in part to the Google platform. Others have also shown concern over the hosting of this survey on Google itself, and while I don't share in those concerns, it doesn't make them any less valid. I'm going start a Patreon as an option for those who would like to financially support this initiative. This survey will always rema
Post a Comment
Read more

March 01, 2019
Get ready operators - the 2019 State of the Hobby Survey is here! I first want to take a moment to sincerely thank everyone for the fantastic participation in 2018. Our inaugural survey in 2017 found around 600 responses but 2018 came booming in with nearly 3,000 responses, voicing their opinions! A huge shout out to the blog / websites owners, podcast producers and large clubs for taking the time to promote the survey within their respective audiences - I could not have done this without you! If you have not had a chance to see the results from previous years, they are listed here: 2018 2017 The survey started out in 2017 as simple curiosity. While browsing Reddit I began to notice several users posting surveys for highly specific topics. I made sure to participate yet often wondered what the results were. I then decided to host my own survey, to collect the opinions from the community on a variety of topics for comparison over the years. I wanted to ensure I made the r
29 comments
Read more
More posts