January 13, 2020
Greetings fellow operators! I hope 2020 finds you well and excited for another year in amateur radio!

I wanted to drop a quick note to let everyone know I've already begun work on the 2020 State of the Hobby survey, which will hopefully be released in mid-March. I typically kick the survey off when March begins, but this year I will be traveling during that time. I want to be able to devote the appropriate level of time to the survey so will prep ahead of time and release mid-March. Be sure subscribe (if you have not already) to the blog to get an email notification when it's released.

I wanted to go over a few things for 2020, both what has changed and what has stayed the same.


What Has Not Changed

With all that said, I couldn't be more excited about the survey this year (my amnesia is in full effect). I'm looking forward to working with members of the ham radio community as well as read the opinions of all of you, many of whom I call friends. Hopefully, this will be a year devoid of death threats, but I doubt it.

Be sure to subscribe to the blog and be on the lookout mid-March for what is hopefully the best survey to date!

Popular posts from this blog

March 01, 2019
Get ready operators - the 2019 State of the Hobby Survey is here! I first want to take a moment to sincerely thank everyone for the fantastic participation in 2018. Our inaugural survey in 2017 found around 600 responses but 2018 came booming in with nearly 3,000 responses, voicing their opinions! A huge shout out to the blog / websites owners, podcast producers and large clubs for taking the time to promote the survey within their respective audiences - I could not have done this without you! If you have not had a chance to see the results from previous years, they are listed here: 2018 2017 The survey started out in 2017 as simple curiosity. While browsing Reddit I began to notice several users posting surveys for highly specific topics. I made sure to participate yet often wondered what the results were. I then decided to host my own survey, to collect the opinions from the community on a variety of topics for comparison over the years. I wanted to ensure I made the r
Read more

2020 State of the Hobby Survey

May 15, 2020
Greetings fellow operators! First and foremost, I hope everyone is staying healthy out there. The COVID-19 global pandemic has, for better or worse, certainly cause a large amount of change in the world today. While I was originally hoping to release this survey mid-March, due to the pandemic response I was forced to change this up. I trust many others have had to make similar adjustments, so I hope folks understand. That said, the time has come for the survey to be released! I wanted to ensure I could devote the proper amount of time to promoting and administering the survey before I released it. Things have calmed down a bit in my world and I'm ready to do that. If you have not had a chance to see the results from previous surveys, they are available here: 2018 2017 2019 The survey this year is 100% anonymous (which was common feedback I received) and any demographic questions are optional - this data does help me drive better analysis but is completely optional.
Read more

2019 State of the Hobby Results 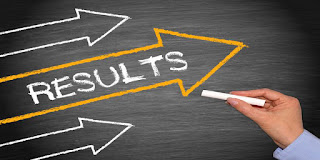 Radio amateurs have spoken and the results are in! I truly hope you read and enjoy the report below. It represents approximately 120 hours of blood, sweat and tears each spring, donated out of love for amateur radio and a sense of duty to help in some way. Share these results with your clubs, ham friends and family, and most importantly challenge them (and yourself) to use the information to enact positive change. We all know this hobby isn't one we can do solo - it's in our best interest to improve and grow it each and every year. It doesn't have to be a grand gesture either - to quote the greatest movie ever, Contact , starting the marvelous Jodie Foster, "small moves Ellie, small moves". Do something small within your community or club to positively promote the hobby and create that ripple. As always, if you are interested in receiving email updates please subscribe to the blog. The yearly survey, results and information will be posted there and by subscr
Read more